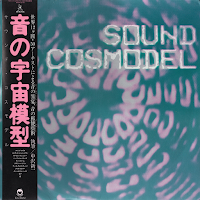 Just as you can see in Discogs page, this is 50 track compilation / sampler album from Japanese underground label Atelier Peyotl, which only I can guess it has relations with label B-Sellers and EP-4. Anyway, as I mentioned earlier, there are 50 tracks and not just limited in Japanese artists but other countries artists like Conrad Schnitzler to Mexican New Wave band Size. But since there's 25 tracks per side, many tracks seems cut after 1 minute or so. In my opinion, this album is great to find new artists and their music style, and even maybe useful for DJ Mixes, but since genres and styles of each tracklist order is quite different and it ruins the flow, but I'm not saying this is bad compilation. Included artists are very interesting and it's great album to find a new artist or style. 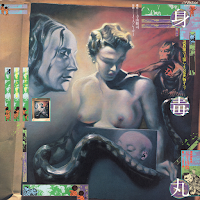 Sorry for late upload folks, frankly it's really busy especially this month. Got some really great opportunities recently, but since that's a work too. But don't worry, I'll keep posting. Anyway, this is the Psychedelic Opera (or Musical) recording album from famous Psychedelic group Tenjo Sajiki with J.A. Seazer (Terahara Takaaki). 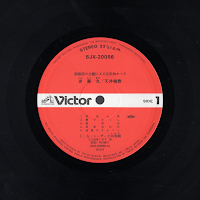 Most of my friends didn't like the concept nor the album, but to me it is really something. Something even enlightenment. Maybe I'm exaggerating it, because I knew this album from "Ongaku 70 : Vintage Psychedelia In Japan" when I was just starting collecting records, and this album surely guided me to the classic Japanese and even Korean Psychedelic albums. Since this is live recording album from the opera, half the record are just Japanese dialogues but there has some great moments imo. 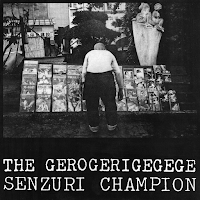 Yeah, it's The Gerogerigegege's famous second album (First vinyl album), spent nearly 500$ on this, but worth it totally. Senzuri Champion album got a quite a different vibe then first one, (since first self titled album was Industrial) but very impressing thing about this album was each tracks got a very own theme, plus the parodied track titles like Southern All Stars' I'm A Panty (Yes I Am) to I'm Herpes, Yes I Am, it's just priceless.

*If you not familiar with the Gero's theme, beware that there are some moaning (?) sound at some track.

And, the vote results was two votes at Tenjo Sajiki's Shintokumaru and Sound Cosmodel album. So I'll upload two of them in this month and other one vote albums in next month.