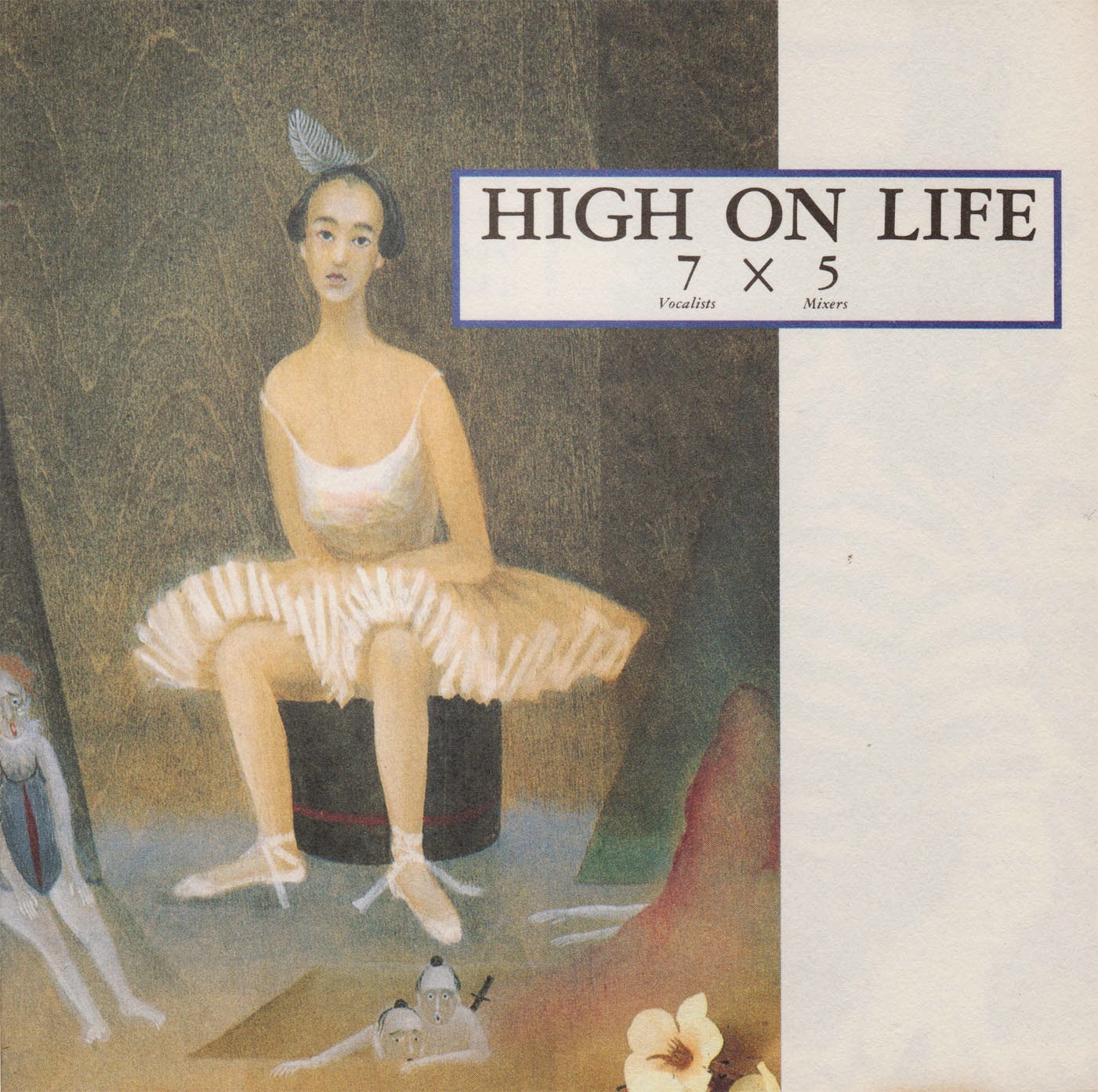 An original album by seven different credited artists: Koji Shishido (vocalist of Katsurei), Yuushitsutai, Kokushinere, Cock C'nell, HEAVEN & EARTH, Mito Yoshi, Tetsuo Tanaka and MOTHERS.
Rather than being a piece of disjointed tracks, everything on this album is done in a similar style. If you've listened to Cock C'nell before then you'll find this entire album a similar listen; if not, listen to the track 'Yoru no Uta' (linked below) from their 1986 album Boy's Tree. 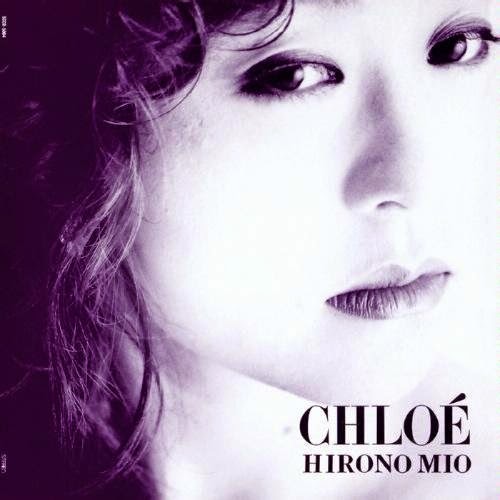 Hirono Mio's first solo album that I'm aware of. I like it a bit less than Fruits of the Moon but the two aren't radically different in genre/style. This one is a bit more relaxed, perhaps closer to Mio Fou. The usual suspect, Hirofumi Suzuki, plays on this album; as well as, I believe, Yoko Ueno from (at the time) Zabadak.


There aren't any tracks from this available on Youtube, so here's a video fo Hirofumi Suzuki and Hirono Mio advertising Mio Fou 3 · D/L
Posted by Sam at 22:22 No comments: 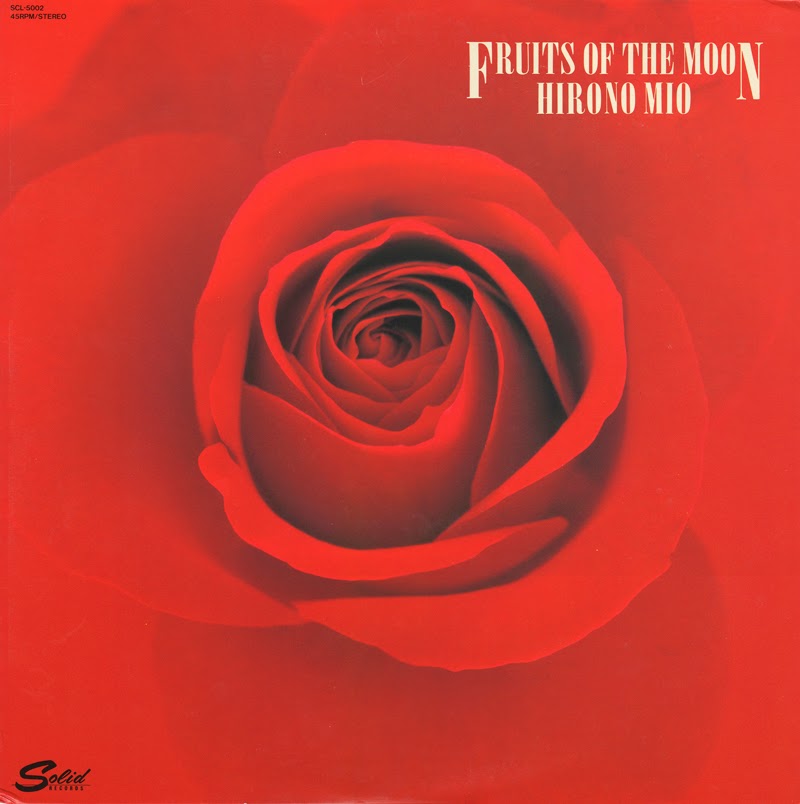 Originally I only wanted to post my own rips but someone requested this and it's too good to not listen to. This is Hirono Mio's debut-solo EP. The second track is one of my all-time favourite songs.
I was actually going to buy her first LP, IIRC it's called Chloe, from Yahoo Auctions but completely forgot about it and bought some other stuff instead. Maybe next time! 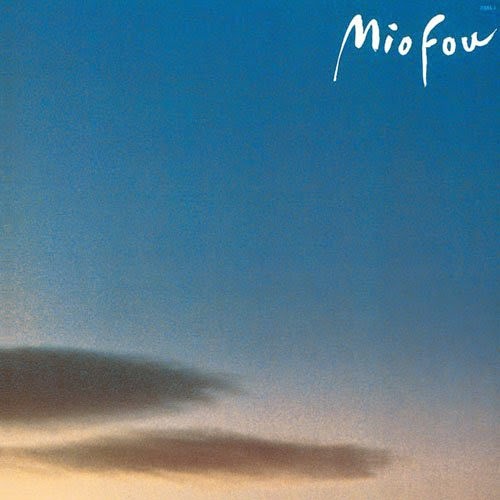 Mio Fou are a musical duo consisting of violinist Mio Hirono and Hirofumi Suzuki. These two were/are in some of my favourite bands: Moonriders, Shi-Shonen, Real Fish and have been involved with many other artists I enjoy.
Highly recommended. This is the 25th Anniversary Edition and features seven bonus tracks.
Tracks nine and ten are originally from the album 'Bright Young Aquarium Workers'; a synthpop record which includes the efforts of five artists, each having one song on either side.
Tracks eleven to fifteen were all recorded during the years 2006 through 2009. 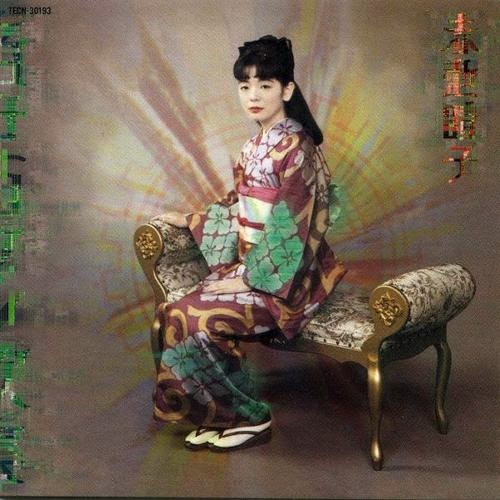 Solid synthpop with Hideki Matsutake on synth programming. There might be some other big names involved but the credits in the booklet are entirely in Japanese kanji. I first stumbled upon this album on Douban, a China-based music database, and for whatever reason it had a lot of ratings (almost 200) and an exceedingly high score; that is, despite me being unable to find any information on it elsewhere.
As I stated earlier: great album, but I disagree with the 9/10 it has on Douban (I guess the Chinese are overly generous with their scores). 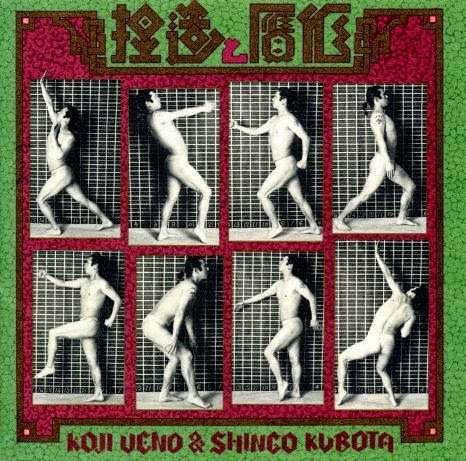 Some sort of avant-garde synthpop, modern classical album. Quite hard to describe, this is further out-there than Koji's solo albums such as Music for Silent Movies, Reservoir, et al.
This album contains renditions of several compositions by Erik Satie, one by Jacques Offenbach and some Guernica and Keiichi Ohta tracks are revisited.
Seriously wonderful stuff mind, I wholeheartedly recommend it to everyone (but you ought to listen to Guernica first); this is one of my favourite albums from the nineties. 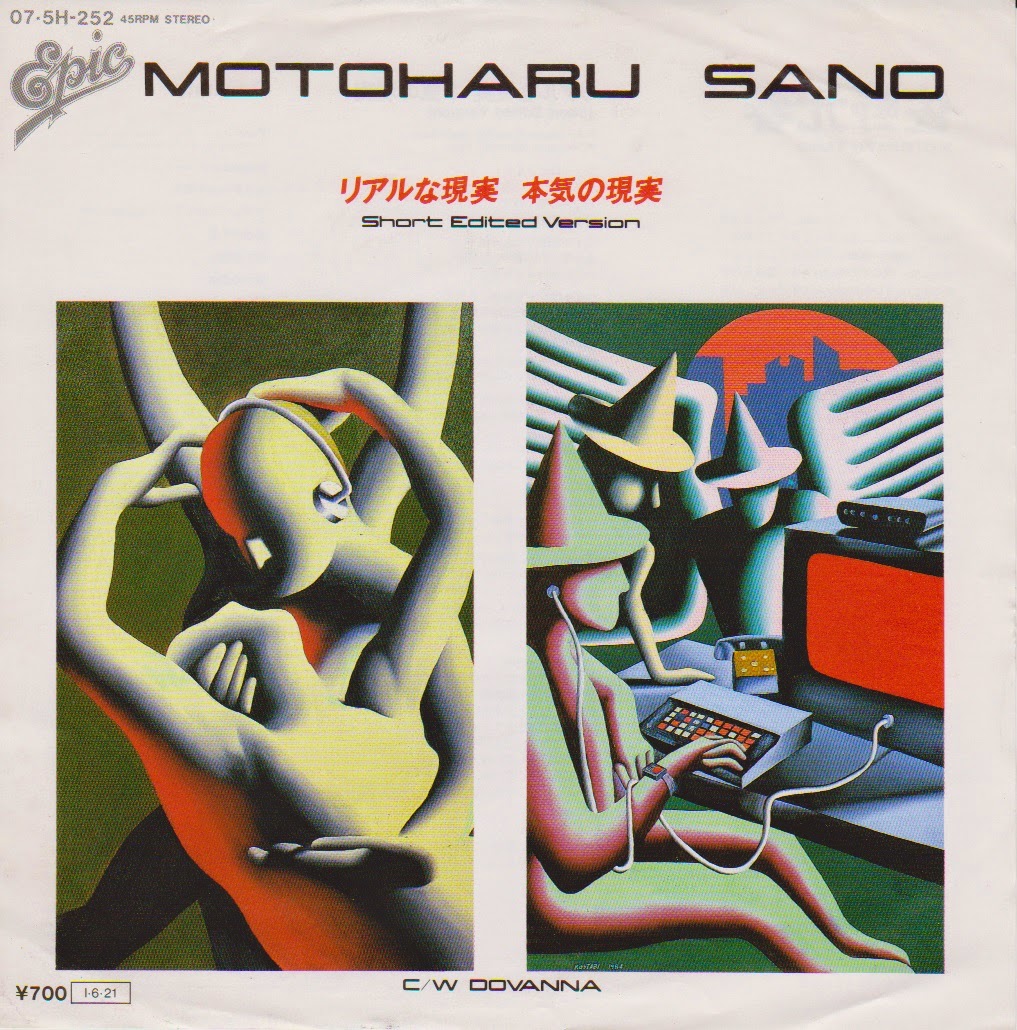 The chances are, if you are interested in Japanese music, you probably know who Motoharu Sano is already; a pop mastermind who dabbled in all sorts of genres: soul, rock, blues, synthpop, and was also one of the first popular artists to introduce hip-hop to Japan with the album Visitors (1984).
This particular single seems to get somewhat overlooked as it was never released on an album, yet it remains my absolute favourite song of his. There are several versions of this song: I own a physical copy of the 'Short Edited Version' {075H-252}, but there is a slightly longer variant on the 'Moto Singles 1980 - 89' compilation; the full version is almost 9 minutes long.
Both sides are poetry/spoken word over a technopop beat. Motoharu released a fair amount of songs similar to this although I'm yet to hear them in their entirety (you can listen to samples on Moto's website: http://www.moto.co.jp/works/songs/SpokenWords.html). That page advertises his spoken word collection but a more recent edition can be found here: Amazon

This is a vinyl rip, so the quality is far from impeccable.

Since I wrote this post I've purchased the tape cassette Electric Garden by Motoharu Sano. This cassette tape includes the 9 minute version of Riaru na Genjitsu Honki no Genjitsu, Dovanna, and five other synthpop/poetry songs. I've also purchased a new record player and miscellaneous equipment, meaning the audio quality of this particular vinyl rip does not compare with those in later posts.
Posted by Sam at 23:00 No comments: 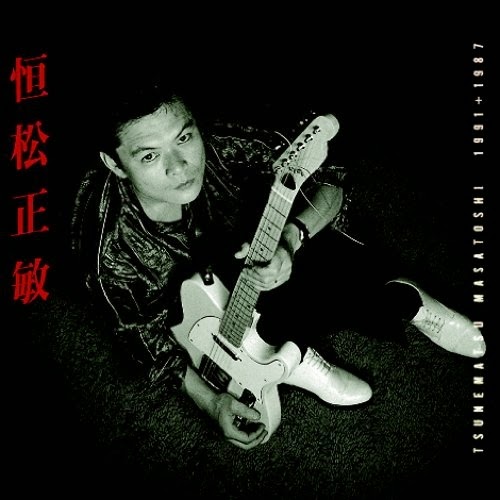 Compilation containing the ten track album '1991' and the four track EP '1987' (first ten tracks are 1991 and the last four are 1987).
If you are familiar with Tsunematsu Masatoshi it's probably due to his work with Friction, E.D.P.S or his earlier solo albums; reasonably, this might cause you to expect a collection of rather dark post-punk tracks, but you'd be very wrong.
Most of the songs on here are very upbeat punk rock or power pop. With that said, it does continuously shift its influences: you'll find bits of funk, blues, folk, country and drone throughout the duration of this CD, but they're discarded once the track has finished, not to be heard again.

There used to be a video of YGtHYLA on Youtube but it has been taken down, so here's a video of a different Japanese artist covering The Beatles: Club in Shock

Recently, I have decided to try my hand at blog posting once more. I stopped updating Samzpoke as I became annoyed at the frequency the files I uploaded were being removed; to prevent a repeat of this, I will be taking additional caution with regards to file-names, passwords and the like.
As it has been so long since I updated the previous blog, and I will be using (hopefully) superior methods of preventing rampant file deletion, I decided that an entirely fresh start would be best –hence the name change. 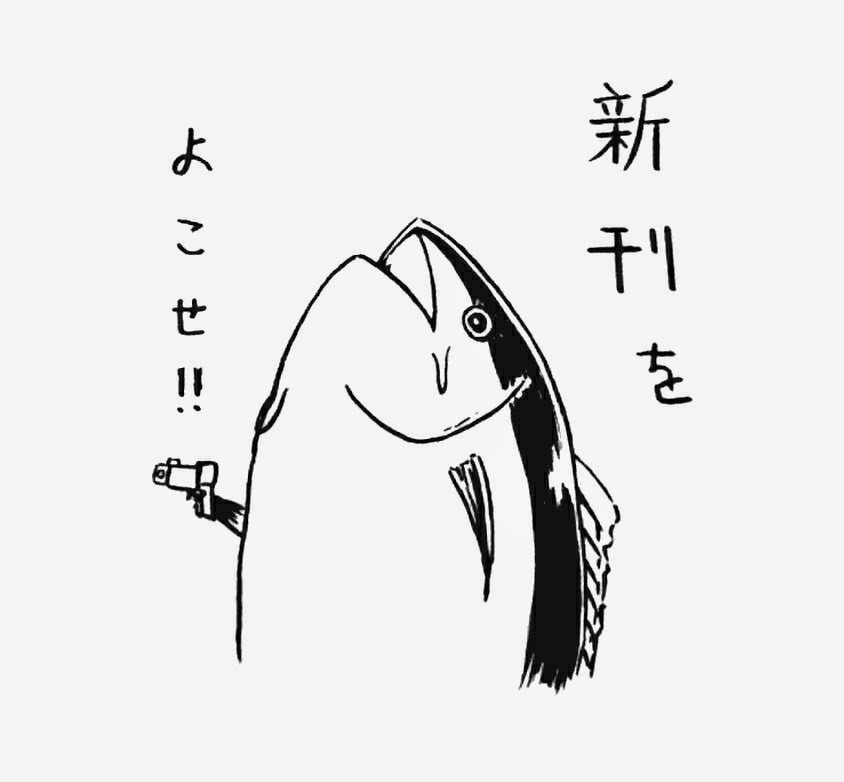