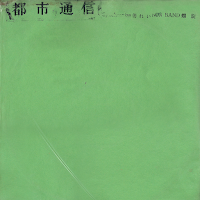 One of the great new wave compilation album, only flaw in my opinion is packaging. Which is very annoying.

It's similar to Aburadako's "Blue Jacket" album, but at least that came with two hard paper with fitting outer cover. But this came with one normal green paper in stamped outer plastic cover which is large to use other normal plastic cover to protect stamp mark.

AVECS (proper romanisation is Abekkusu) is a pop group fronted by manga artist Uchida Shungiku. The music is tropical disco, but lacks the prominent bass guitar that one might expect from the genre. Fear not for although the bass is subdued trumpets blare from beginning to end.
Uchida Shungiku is an adequate singer; you can listen to one of her songs below although the accompanying music is entirely different to that which is one this cassette tape.

*For more information about Uchida you can listen to this presentation. Unfortunately, Uchida was a victim of horrific incidents during her childhood which likely contributed to her making poor decisions in later life (such as marrying, cuckolding, and divorcing four different men).
**I don't think her music is bad, albeit not fantastic either, yet her songs have many dislikes. It may simply be a matter of people who genuinely dislike her music giving her negative feedback, but it's also possible that the voters were influenced by a negative opinion of Uchida herself. 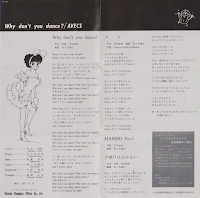 Finally, I noticed that there's a VHS tape available with Uchida Shinguku, Modern Hip, and other groups. Modern Hip were a new wave group signed to Koji Wakui's Box Records, I have one of their LPs. But I digress, I merely wished to declare that I'm considering purchasing this tape, and others, and may upload them to this blog. 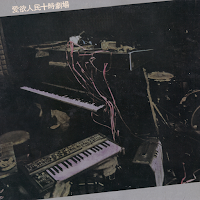 Album sounded very different than I thought, I didn't even recognize first track was performed by Tamio Shiraishi. But I quite liked the total vibe of this whole album. 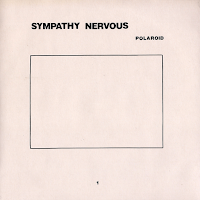 I think there's no need to explain some information about this gem, since other great blogs (Mutant Sounds and Atlantis Audio Archive is one of them.) already uploaded it with background of this album.

But this album gave me some feelings apart how much I liked this album/tracks, since this was my first Vanity Record's album I bought, and as you can see in Discogs and catalog number, it was Vanity Record's first 7 inch album. I'm not sure it's Yoshifumi Niinuma's first album/single too.

But anyways, I hope you guys enjoyed it and if you liked it, support by (maybe not supporting directly) buying recent Yoshifumi's compilation albums. According to Automaticism release note, Yoshifumi lost everything he got during the tsunami disaster in 2011. 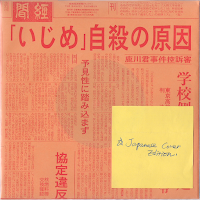 As bonus, I posted scan of album Ai-jin burning performance. 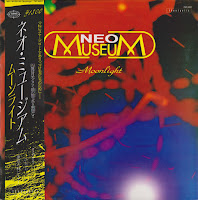 This synthpop record was produced by Kaoru Satou (EP-4) and released on the record label Theatpolis --which is allegedly Telegraph-related. The band consists of Tomiko, Toshihiro, and Ki-Ichiro.
Who are these three people? Good question; I've no idea. One of them, however, does have a YouTube channel (linked below) with some of his non-Neo Museum work.
There are only 4 tracks on this record for a total play-time of less than 18 minutes. 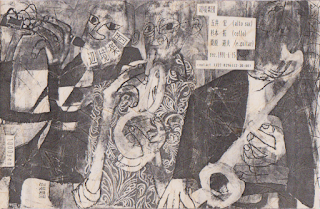 This is a rip of a fairly expensive cassette tape I bought last year. The music is performed by three people: Hiroshi Goi/五井宏 (who I know nothing of), Taku Sugimoto/杉本拓 (onkyo pioneer), and Michio Kurihara/栗原道夫 (initial member of Ghost, Cosmic Invention, Onna, and YBO^2; he has also collaborated with rock group Boris, and the popular psychedelic band Yura Yura Teikoku). The three aforementioned musicians respectively play alto sax, cello, and electric guitar.
Although the album is ~50 minutes of almost continuous sound, it isn't actually a noisy album. The instruments are quite delicate, their sounds blend with one-another. It's exceedingly mellow (which I found disappointing since I was expecting aggression when I purchased it).
This album is for fans of free improvisation, and, perhaps, onkyo only. I can't imagine anybody else loving it; that said, it isn't so far left-field as to be a repellent to those accustomed to less eccentric genres of music: it is rather soothing at times, and some pleasant rhythms and sounds occasionally reveal themselves.

I didn't die, but I did have a bout of laziness.
IMPORTANT NOTE: I've changed the blog's URL from aghwee.blogspot.com to neosamzpoke.blogspot.com. Even though my blog dominated image Google searches for Aghwee, it was the last result on the first page when a regular Google search was performed. So, neosamzpoke it is!

EDIT: 19/05/16
And Sunaoira from Korea has joined as a collaborator! He used to run his own blog where he would upload album covers and various graphic design projects, but the silly boy deleted his website (it had some nice stuff on there too!). I told him that he can upload whenever he feels like. 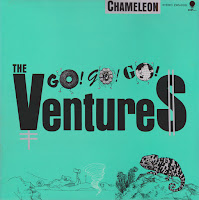 The Ventures —not a Japanese group, but the American surf-rock group. Why am I posting this? Well, because it's an honorary Japanese album.
Fans of Hikashu may already be aware that the song Pike, which is the final track of this album and was written by Hikashu member Yasushi Yamashita, was originally written for this group. You can read more here.
This record was produced by Kazuhiko Katoh, its synthesisers were 'manipulated' by Hideki Matsutake, and it includes songs written by Ryuichi Sakamoto, Haruomi Hosono, Yukihiro Takahashi, Keiichi Suzuki, Yuu Imai (Imitations), Shigeru Umebayashi (EX), Kazuo Takeda (Blues Creation), and various people who aren't Japanese —a cover of John Barry's Gold Finger, a cover of Bob Goldstein's Washington Square, and The Ventures' own Ginza Ska.
The music is a hybrid of instrumental surf-rock and new wave; as one might expect from an album which includes all three members of Yellow Magic Orchestra and their synthesiser programmer Hideki Matsutake, a gratuitous amount of synths are used.
Highly recommended to everyone who wishes to increase the size of their surf-rock or synthpop collection, their Japanese music collection or American music collection, and everyone else.

*The album art featured in this blog post is of a much higher quality than the one included in the zip file (I scanned the high-quality image myself whereas the low-quality image was obtained from the internet).
Posted by Sam at 10:49 2 comments: 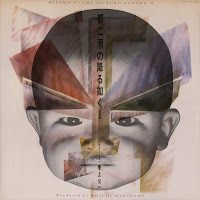 Wonderful album, produced by Makigami Koichi, and featuring many artists.
The first track is performed by the band Chiwawa, but it also includes contributions from the likes of Koji Ueno, Tomorrow Taguchi (Bachikaburi), and Kenji Otsuki (Karate Bakabon, and Kinniku Shoujo-Tai).
The second and third tracks are performed by Hitsuji. I don't know a thing about Hitsuji, but their brooding post-punk music is a pleasant juxtaposition to the upbeat first song.
The fourth track is a new wave song by Ranmaru, and it also features Papaya Paranoia.
The fifth and sixth tracks are by Masumi Hara. They're also included in his 'Singles & Collections' compilation which I first uploaded in 2012. You'll find Masumi's contributions very upbeat and cheerful —this record can't quite decide on a consistent mood.
The seventh track is by Picky Picnic, and the eight and ninth tracks are by Kaoru Todoroki (of Picky Picnic). Picky Picnic is a fun synthpop group, while Kaoru Todoroki's solo-work borders on minimal synth.


*Edit: the cover attached to this blogpost is of a much higher quality than the one included with the download. The packaging of the LP consists of the record jacket and a piece of translucent paper, so I was required to take eight total scans (four of the record jacket, four of the paper), stitch each set together with Microsoft ICE, and then perform some Photoshop editing. The digital result looks almost exactly like the real record. 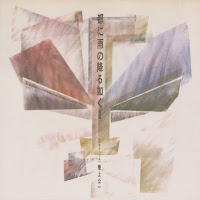 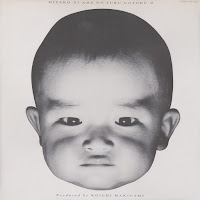